Everyone has a hierarchical structure of values, and I always place the freedom of expression on top of mine. However, I might not put my life in danger for the sake of my chief belief - will Belarusians do so?

On a hazy, drizzly Saturday morning in the middle of a global pandemic, the streets of Minsk are occupied by hundreds of thousands. For many Belarusians, the yearning for change prevails over the desire for a lethargic morning at home. Armed with white and red flags, the new symbol of change, and umbrellas to protect themselves from the water cannons, protesters are shouting "change." 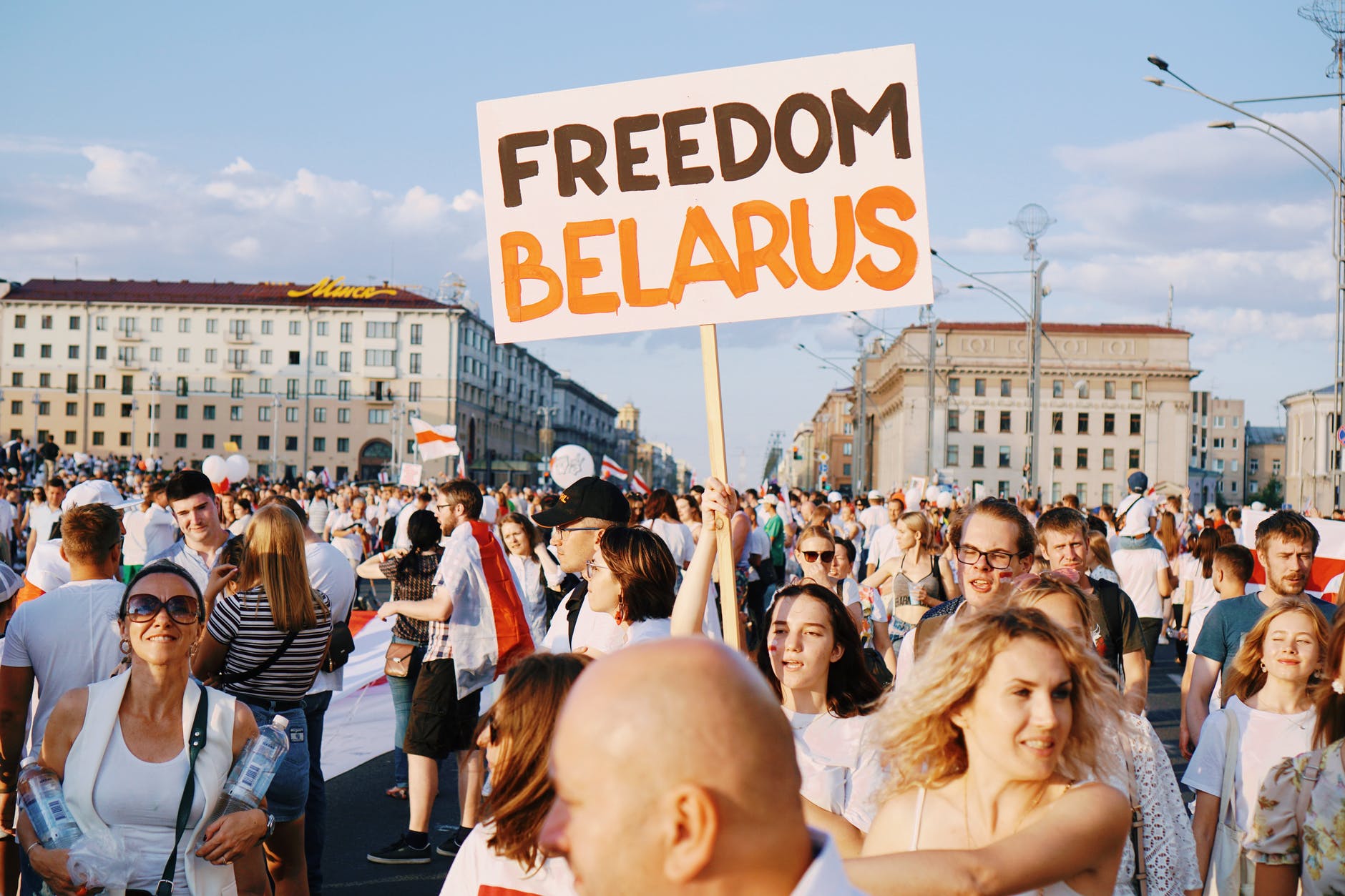 The clashes between the riot police and protesters are severe. Vladimir Bykov, 23, a student at the Belarusian State Medical University, is unsuccessfully endeavoring to rescue his co-student from the "claws of the police". Shortly after the attempt to help, shivering in disbelief with blood staining his face, he says with a trembling voice: "I want a change in my country - I am tired of the dictatorship. We must put an end to tyranny."

The fire in the protester's eyes, the energy in their chanting and their determination for change is astonishing. Polina Ivanova, 64, an ex-geography teacher, says: "I want my children to live in Belarus. I want them to have a future here, not to be forced to leave our country. We won't stop until Lukashenko resigns."

Belarusian police deploy stun grenades against protesters and break into apartments looking for democratic activists. The law enforcers have been authorised to use lethal force if necessary against anti-government demonstrators, a senior government official said to the BBC. "They blasted us with coloured water to mark us out for arrest," says a protestor. His friend hurriedly adding: "the bastards have broken my nose."

A source in Minsk says anxiety and concern are widespread - after many protesters were tortured and beaten up by police forces. Masked men with batons frequently grab protesters, drag them to unmarked vans and drive off. "Everyone joining an opposition protest is a terrorist, and we will wring their necks like ducks," said Mr Lukashenko in March 2006.

Linas Linkevicus, a Lithuanian foreign minister, told Aljazeera "we are demanding very simple things from the government - to release the detained, cease violence towards citizens and start a dialogue. The force used against them [protesters] is extraordinary." European leaders imposed sanctions on Minsk and advised Mr Lukashenko to engage in a productive conversation with the pro-democratic activists. In a press conference, Angela Merkel said: "The EU acts against those who oppose the democratic movement, and it is a very important signal." 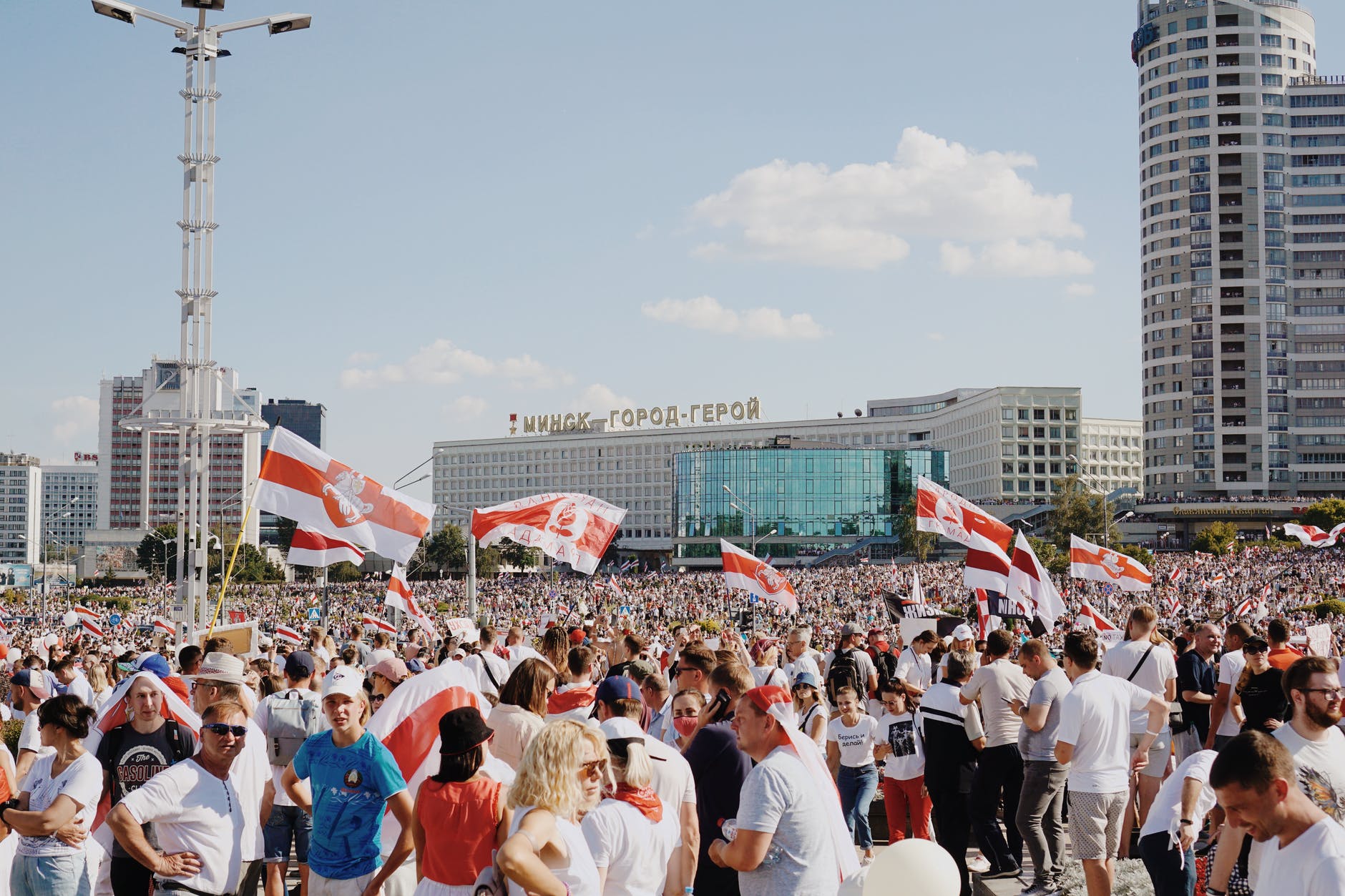 Belarus has had the same president since its Independence Day in 1994. Lukashenko has been ruling the former Soviet republic with an iron fist - his authoritarian style has earned him the nickname of Europe's last dictator. Many accuse the current leader of defrauding the elections.

In a public statement in November 2016, Mr Lukashenko said: "We have rigged the election - 93.5% have voted for me, but they said it is not a European outcome, so we made it 86%." While in 2010 Lukashenko was declared a winner before the polls were closed.

There is no free speech in Belarus, and the media is primarily state-run or heavily controlled. Many pay with their lives for challenging the regime.

Andrei Sannikov, 66, leader of the opposition party in 2010, has been a vigorous opponent of the government. In 2010 the activist said in an interview with The Guardian: "It is not easy, it is not safe, but it is my country, and I have to speak."

Mr Sannikov participated in the country's presidential election "not expecting to win." He wanted to raise awareness of the electorate and encourage citizens to cease blindly following the dictator.

On the night of the election, Mr Sannikov and 30,000 opposition supporters gathered in the streets of Minks protesting against the vote-rigging. The result of the rally wasn't as they had expected. Riot police arrested many demonstrators and had severely beat Mr Sannikov. "My wife and friends covered me with their bodies. They saved my life." He was taken to the KGB's (Komitet Gosudarstvennoy Bezopasnosti, which translates to the Committee for State Security) notorious Minsk prison and sentenced to five years of prison for "inciting mass disorder."

Iryna Khalip, 52, a Belarusian journalist and Sannikov's wife was an active advocate for the rights of her husband and other protesters. She passed a petition from the relatives of the detained to the European committee. Regardless of the relentless efforts of the proponents of democracy, the dictator remained in power. Will history repeat itself in 2020?

Svetlana Tikhnovskaya, 38, never intended to become the leader of the opposition. However, following the arrest of her spouse - Sergei Tikhavovsky, 42, a pro-democracy activist and YouTuber, she became the face of his campaign. Mrs Tikhnovskaya said: "The government got rid of strong candidates. But they didn't know that every strong man has a strong woman who supports him."

According to David Marples, a professor at Alberta University, the protest on August 9th was 'the biggest [he had] ever seen in Belarus since Lukashenko come to power.' One hundred thousand people gathered at Minsk to express their dissatisfaction with the outcome of the elections. The fear has been replaced by anger.

Just as the warm rays of the setting sun were barely breaking through the charcoal clouds, fat drops started pouring. People still on the streets singing the national anthem and chanting slogans, quickly open their umbrellas. Many Belarusians see the light at the end of the tunnel - I hope it is not the headlamp of a fast-approaching train. But as the famous saying goes after every storm, there is a rainbow. Rainbow flags may occur on the streets of Belarus very soon.