“My favourite murders are the ones I can fit my own body into as easy as an ad-lib, who sit on the shelf like volumes of an almost complete encyclopedia – all that’s missing is the section on my name.”

It began when she moved into a first-floor apartment in Santa Cruz, California. She would imagine a man using a butter knife to open her window. He would slip inside and kill her in her bed. Strangulation.

That is how Life of the Party – her second poetry collection – came to be. Gatwood was obsessed, some may say paranoid, by the image of her own death. She would stay awake every night until 5:10 am when the sun eventually rose. It was “consuming [her] life in a way that was so debilitating and awful” until she realised: “Oh, this is what I can write about.”

Now, her writing helps other women feel understood. This is not only important to recognise around International Women’s Day but every day. I went to her UK tour reading at the Rio Cinema in East London. I have never seen such acceptance and understanding in one room. 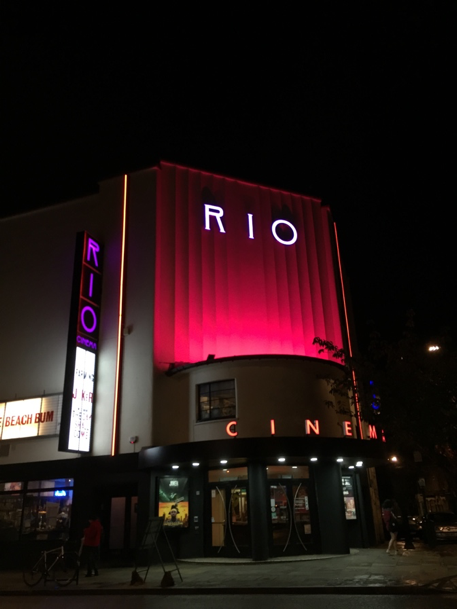 Olivia stands on the dark stage and the audience takes a collective inhale as she begins her first poem. “I don’t think I’ll ever not be one, even when the dozen greys sprouting from my temple take hold and spread like a sterling fungus across my scalp, even then I’ll want to be called girl”

Her voice is shrill and assertive and fills the old cinema with a demanding urgency. Each word is pushed through the gap between her teeth and into the air where girls in the audience reach up and grab them, stuffing them into their pockets. They’ll take any of her 27-year-old wisdom they can get. They want to be exactly like her. You can tell by the way they dress – with black polo neck tops, mum jeans and Dr. Martens – as if they have modelled themselves on her. But Gatwood also wears a beret the colour of mango flesh. 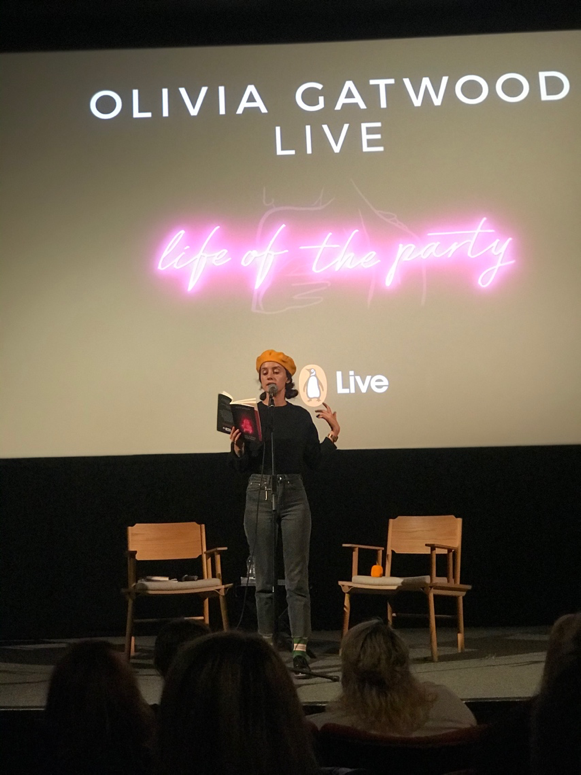 That is the only bright thing in the room. The rest is muted: the scarlet suede seats, rounded blue walls and a lilac cheetah print carpet which is worn down by the many people who have come here before, looking to be entertained. It is Art Deco with a modern twist and like Gatwood, has a vibrant feminist history. It was originally an auctioneer’s shop owned by businesswoman Clara Ludksi, who converted it into a cinema in 1913. It has changed hands many times since then, but the classic picture house feeling remains as girls dressed in 80s fashion place salty popcorn into their lipsticked mouths and enjoy the show.

And enjoy, perhaps in the strange way we enjoy true crime: with a certain hesitancy and a need to keep watching. But Gatwood says “it’s different when women like true crime to when men like it.” She references a time when a boy said he loved Ted Bundy and points out “when I say I love Ted Bundy I’m saying Ted Bundy is my worst fucking nightmare, I’m reading all about this motherfucker and comparing everyone in my life to him. When a man says he loves Ted Bundy I don’t know what he means, does he admire him?”

The audience laughs because they know exactly what she means. She has that effect on people. Sharing their thoughts but twisting them into metaphor: “handing over a tale/ as clean as a burped infant”. Perhaps it was her childhood in Albuquerque that taught her how to do this. Even now, small on the stage, her thirteen-year-old self is not hard to imagine. Like when she worked at an autocross because her crush liked racing cars. But this innocent decision was violated by the men who work there: “One man asks how I reach the pedals/ one man asks where my daddy is/ one man opens his trunk and says, bet you’re small enough to fit.”

That, she says, formed the basis of the collection: “how much violence a person can withstand and all the small ways we’re taught to be afraid”. In particular, how women of colour and transwomen learn to be afraid. Their stories are not often covered in true crime, yet are the most likely to be victims, often “at the hands of white men”. She makes this issue clear in Murder of a Little Beauty, a poem made up of lines from the media coverage of the JonBenét Ramsey case, where a six-year-old beauty queen was found dead in her parents’ home. This case dominated the US media in the late 90s while thousands of missing indigenous women’s cases were overlooked.

While she reads this poem there is dead silence in the room. The last line is uttered “naturally attractive, exceptionally bright/ how many ways can we say the word white?” and the room feels lacking in air as if the audience has breathed it all in. Applause roars from the stalls of the theatre and it is clear that these girls would agree with anything she had to say. That is the Olivia Gatwood effect. “She just understands,” young women say as they wait in line to meet her. “I hope she remembers me” one fan, who has seemingly followed Gatwood from America, says. 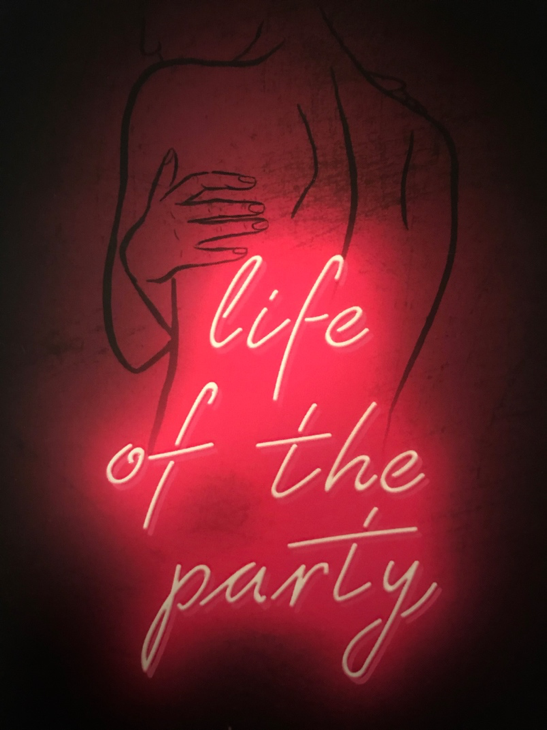 As girls leave the cinema having met the poet there is a nervousness and excitedness about the place. They giggle with their friends as they make their way down the curved staircase from the mezzanine and out onto the dark London streets. They break off into all different directions. No doubt they are thinking of their own fragile mortality as they cross the city to go home. They quicken their pace, hair bobbing with the motion of their walking, like bait for a man in the shadows. They now know how easy it is to become another statistic, another name in the encyclopedia of missing women.

Life of the Party is available in Waterstones now