BEHIND THE ARTIST: ROADIE

Each month, we catch up with a Westminster music student to see what they’ve been up to

20-year-old Somerset born indie musician, Roadie released his debut track Pretzel back in May. An acoustic mellow piece of ear candy with chilled vocals and a powerful first step for this new artist. He took a moment to talk to us about his musical inspirations and how his latest track Candlelight came together. 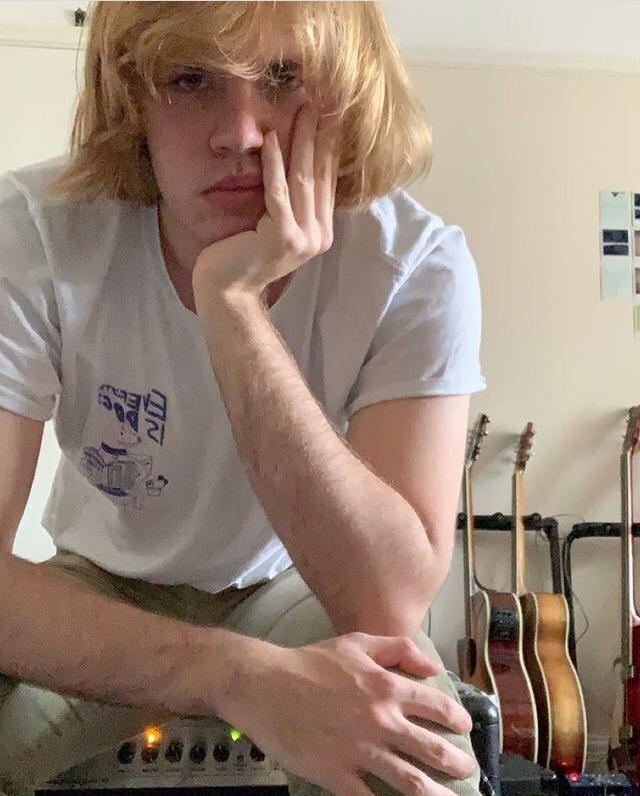 Who would you say are your key musical influences as an artist?

Bernard Butler, I love his music and the way he writes and his production is just amazing! And the band that got me into playing guitar was The Beatles. Also, recent indie artists like Baby Queen inspire me to get better so that I can be on a similar level to them.

How did you get the name “Roadie”?

My dad’s a bass player. He played in bands when he was my age and started re-playing when I was 13 and that’s when I started playing in bands with him, originally just on guitar doing one or two songs per gig. That’s where I got the stage name “Roadie” from because he introduced me at the first band practice as his roadie while I carried in all his gear for him.

How long have you been playing music?

Since I was seven I started playing trombone for a year, but haven’t touched it since. Straight after I gave up on trombone, I started playing guitar and I’ve been playing it ever since really. I had lessons, and as all kids do when they have music lessons, they tend not to pay attention and [laughs] don’t do any of the work given to them. So I decided to learn a lot of the stuff I know now by myself. I discovered I could sing well when I was 16 when I did a musical. My dad told me after it ended: “You’re now singing backing vocals in the band.” It’s fun having an incredibly high voice cause it means I can sing stuff like Frankie Valli and the Four Seasons but at the same time, I wish I could hit those low notes and sing like Johnny Cash. I take what I’m given really.

How would you describe your music?

Your newest track Candlelight is being released on your birthday, the 14th of December. Can you tell me what it's about?

Candlelight was written in either August or September this year and like a lot of my songs the good ones get written in about 10 to 15 minutes, and this was one of them. It’s a story about a guy who’s hung up on a girl for no reason, as always in love songs, and it’s just a sappy cry for wanting to be adored I guess. 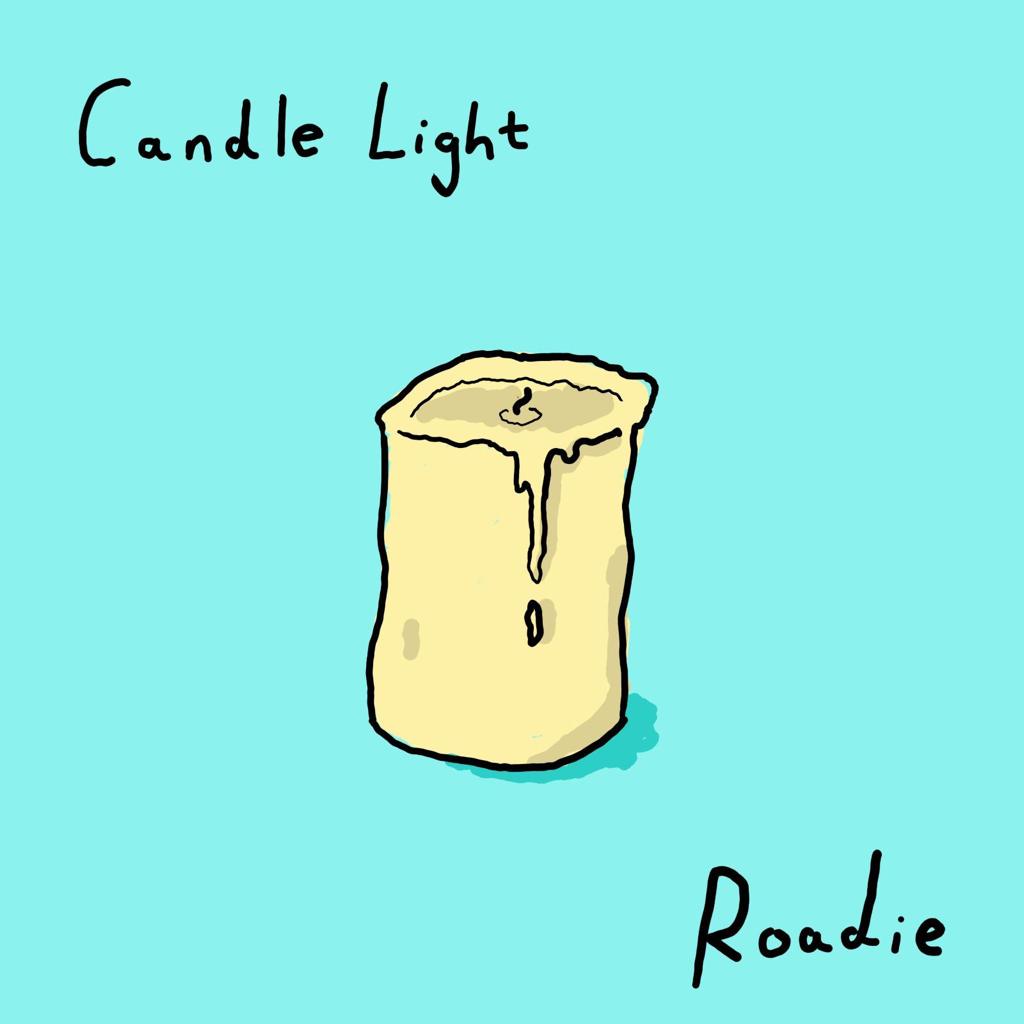 Your debut Track Pretzel came out in May - what's the story behind it?

Pretzel was written really late at night, I think at 2 a.m in my dorm room at the beginning of this year. Me and my friends were sitting on the floor and listening to an artist I knew in college who released an album and it was terrible and I was like: “Oh I’ve got to write a better song than this!” So I wrote it in about five minutes and the only reason it’s called Pretzel is because I was eating pretzels at the time. The song is about yet again infatuation with someone because it lists off all these things like starting a cult and buying a house for this one girl. The chorus is about wanting this girl to be in the person’s life instead of hung up on some other guy [laughs]. It could be biographical, I’m not sure.

After Pretzel came out, how did you feel about going public?

I was very nervous because I hate listening to my own music. When I was at home, everyone was singing and playing it out loud and I just couldn’t be in the same room as my family. But then other people started enjoying the song so it eased my nerves a bit. The biggest fear I have is someone doing the same to me as I did to the other artist and going “oh I can do better than this, it’s terrible!”

Would you say you're competitive, especially when it comes to music?

Yes, I am very competitive but it depends. Board games, yes [laughs]. I don’t allow myself to play them anymore because I get very aggressive. Same with mini-golf, I ended up hitting someone by accident. With my music I would say I am a bit competitive, I feel like you have to be to stay creative and to know what level your music is at and what you need to improve.

All the songs that have been released so far are normally written in about 10 to 20 minutes, so what happens is I’ll have an idea for the chord sequence or music and then my brain is like “ah! This sounds like it could be a good thing to write about on this topic.” The reason why it sometimes takes 20 minutes is because I’m trying to find words that rhyme with each other that still fit the mood of the song. There’s not really much thought that goes into it other than that. But for all my terrible joke songs that have never been released and probably never will, the lyrics come first because those are throwaway songs about goofy things. Like I wrote a song about being a ghost which will never see the light of day [chuckles]. It was made when I was extremely drunk with my friends while we had no internet.

What's the best and most challenging thing about being an artist?

The most challenging thing for me is still trying to find my own image and what the music is about. It’s only been the past few days that I realise I write sappy romantic rubbish. I blame that on my love for rom-com. It's just a challenging thing to find out who you are as an artist and the sound that goes with it. The best thing is when you’ve released something and know that people enjoy it and are listening to it, that’s when all your hard work pays off.

Who would you like to work with in the future?

There are so many people I’d love to work with! As I said before Bernard Butler. I would probably die to work with him, which is a bit extreme [laughs]. Other than that there are loads of small indie artists I’d love to work with. But in general, I haven’t collabed with many people because there’s a lot of creative differences [laughs], but I’d happily do it in the future. In general, I still feel more comfortable if I were to work with other people just playing guitar. I suppose it stems back from standing in the corner at those early gigs I used to do and playing guitar with my head down so no one notices me. Singing is still quite new to me in the sense of using it as the main instrument.

What type of music do you want to make in the future?

I don’t know, I can’t really tell what’s going to happen. I guess whatever happens in life I’ll write about and depending on what happens we’ll see what sound comes out. For all we know in two years' time, the acoustic unrequited love songs I’ve written could turn into aggressive angry rock or something, who knows? Only time can tell.

Christmas is right around the corner - what's your favourite Christmas song?

Oh, don’t do this to me! Last Christmas by Wham! Wham is my guilty pleasure band. In college, I performed it with my college band for our Christmas concert and a lot of mums afterward said I sounded like George Michael, and that scared me a bit! Not saying that any of my songs sound like George Michael, just that one performance! The reason I became a musician is because I wanted to be like George Harrison and play in the corner, but now look where I’ve come - I’m the loud annoying Beatle.

You use a lot of humour in your Instagram posts, it looks like you don't take yourself too seriously. Is it correct to assume that?

I try not to take myself seriously, I think people who take themselves too seriously are a bit stuck up. I feel like I’m going to regret saying this in about five years' time and I’ll get asked a similar question like “oh you said you weren’t stuck up?” But I feel like if you take yourself too seriously there’s no fun in what you do anymore.

After Candlelight comes out, what's next?

I’ve started recording another single to release after Candlelight and then probably I’ll release another one in the first half of 2021, and maybe after that, I’ll release an EP. I’m not too sure, it depends on what the people want.