ALI IN THE JUNGLE RELEASE THEIR DEBUT EP

You’ll want to keep your eye on Ali in the Jungle, the indie group showing no signs of slowing down. The group of four have been pals since day one - making music ever since. With the release of their debut EP Anyway this year, and a string of artistic videos – it’s only the start of good things.

Tim, Ali, Chris and Sam have known each other for most of their lives and some of their songs were written when the group was still at school. Since moving home from uni, they’ve finally made their dreams a reality. 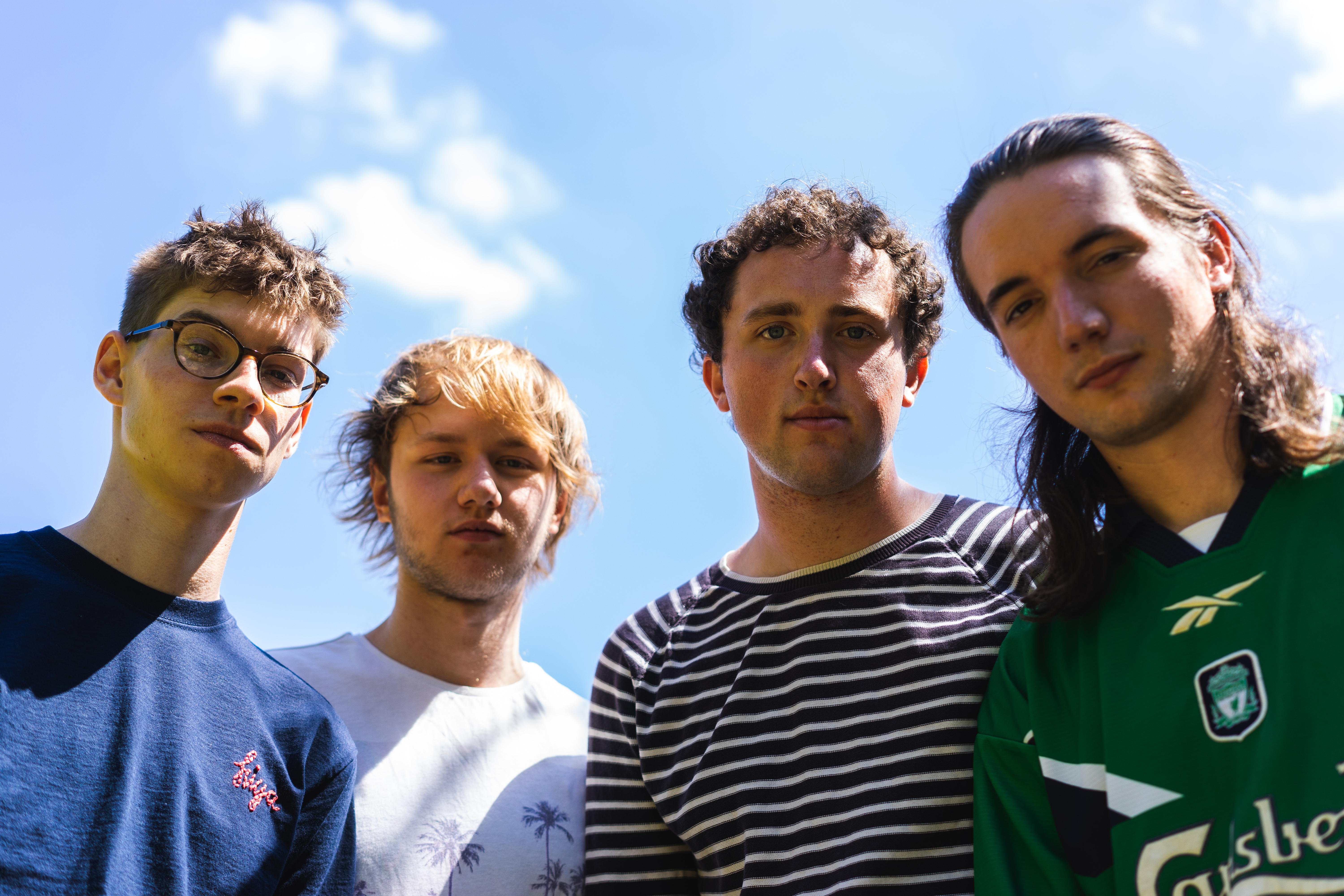 Despite most of their 2020 tour cancelled due to coronavirus, they’ll be back next year with one that’s even “bigger and better”. With a few EPs and singles in the pipeline – we expect to see a lot more of the four.

We caught up with lead singer, Tim to chat about the band, new releases and the deeper meaning behind their music:

What’s the story behind the name of the band?

Ali is a year older than us, which doesn’t really matter now, but when we were kids, he wasn’t so sure about joining a band with kids in it in the year below. So, we were appealing to his ego a bit, and we named the band after him. It also has to do with the Mohammed Ali fight, Rumble in the Jungle, and there was also a song on a FIFA game that me and Sam used to always play. One of the songs we had was Ali in the Jungle by The Hours. It’s all about succeeding in the face of opposition, which is quite a nice mantle to take on – especially when we were 14.

There’s a lot of good banter [laughs]. It’s a very creative friendship, even off-screen. It’s all driven by creative interests and a general shared interest in pop culture and movies. 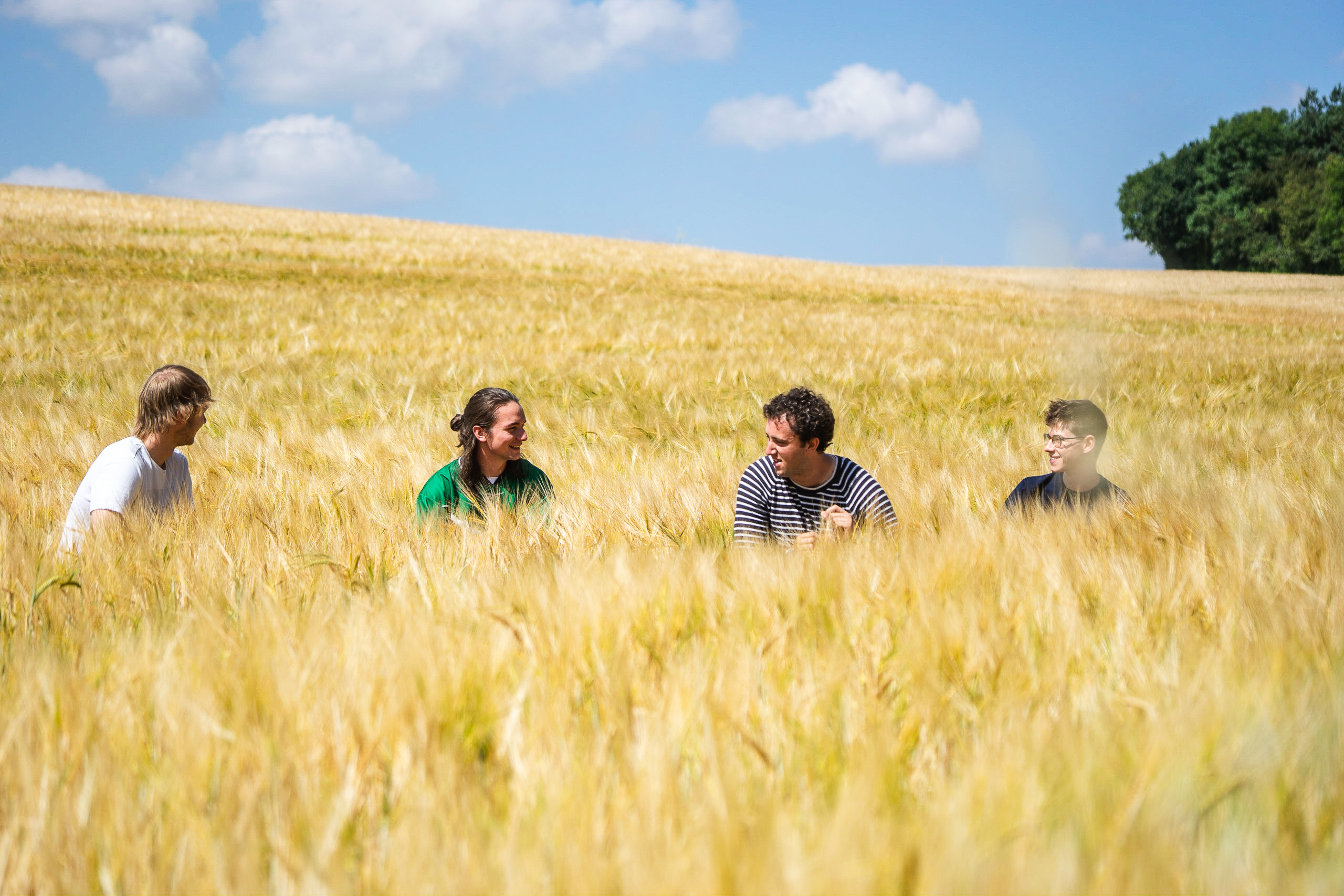 What’s the meaning behind the People Change music video?

There’s a deeper meaning to everything we do. Watching ourselves in the video for People Change has got a lot to do with ideas about postmodernity. The video at the start is at the end of the I Don’t Even Know You video. If you see the front row, we’re all tied up together. In Plato’s cave allegory, there are four men in a cave and they’re tied together to watch the same shadows on the wall. I thought it would be kind of fun to get that image in the video – of us watching our own work over and over.

How do you think of the ideas for your music videos? Like cling-filming someone’s head…

We made two videos before People Change [which] were very planned out. So, when it came to People Change, we kind of thought let’s go a bit wackier on it and think of loads of random, fun ideas that could express who we were as a band and our sense of humour.

We just saw objects or saw things and thought that would be a laugh. You’re going to get a much more interesting video if someone’s face is being wrapped in cling-film or is being chased by a guy dressed up in a scuba diving outfit. That’s what I want to see in music videos.

Where do you find inspiration for lyrics?

You Make Me Feel So Alive is incredibly influenced by films. The idea of that song explores the gangster ideals – that you could get anything you want. In the first third of the film, you watch those guys go up the ranks. In the middle of the film, you watch them at the top of their power and it’s great to watch. Then, they all inevitably fall because their power is based upon poor foundations or sin. That was a big influence for the song because […] I guess it’s kind of comparing where we were as a band at that time with the journey of these gangster characters in these movies.

Are you happy with how the EP turned out?

I’m very happy. You’re always going to be pretty critical of what you’ve done and want to move forward. I hope the thing we release in five years makes everything before it look not as good. But, that will only ever be to me. I want everyone to love everything we do if possible, but that’s not why we do it. The EP? I’m really proud of it. I think the lyrics are really solid. There’s not a line of there that I’m ashamed of or I feel awkward about. I believe everything I said on it.

There was so much joy that went into making that record and you can really feel it on there. I’m so proud of the other guys – their performances are so intricate. It’s weird because some of it is years’ worth of work.

It’s had a great reaction from fans around the UK and other parts of Europe, as well as the Americas. We’ve got people listening to it in Argentina and Mexico and I just think that’s amazing. That’s crazy, I just can’t comprehend it. I want to say thank you to everyone who has supported us and made that EP possible.